Inkheart Wiki
Register
Don't have an account?
Sign In
Advertisement
in: Articles needing cleanup, Books, Out of universe
English

The Color of Revenge

Inkdeath is the third and final book in the Inkheart Trilogy, written by Cornelia Funke.

The Adderhead — his immortality bound in a book by Meggie's father, Mo — has ordered his henchmen to plunder the villages. The peasants' only defense is a band of outlaws led by the Bluejay — Mo's fictitious double, whose identity he has reluctantly adopted.

But the Book of Immortality is unraveling, and the Adderhead again fears the White Women of Death. To bring the renegade Bluejay back to repair the book, the Adderhead kidnaps all the children in the kingdom, dooming them to slavery in his silver mines unless Mo surrenders.

First Dustfinger, now Mo. Can anyone save this cursed story?[2]

Meggie ends up falling in love with an inventor named Doria, who asks Meggie for ideas from her world so he could make them here. Elinor, who is in the real world, persuades Darius to read them both in, and Darius successfully reads them both into the Inkworld without any injuries whatsoever. Elinor and Darius catch up with Mo, who is wanted by the Adderhead as the Book of Death is dying of mold. Orpheus sends Mo to his Death, but Death himself sends both Mo and Dustfinger back if they can kill the Adderhead. Orpheus flees to Mount Adder, claiming he brought Dustfinger back to life. Dustfinger's fire powers increase, and he becomes Mo's shadow. 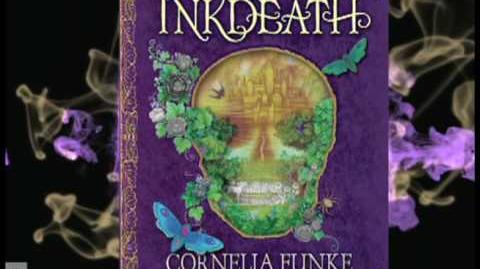